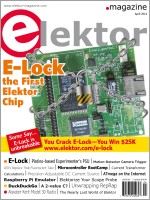 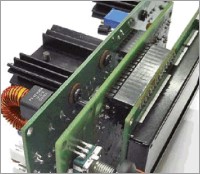 April 2014
•  Community
82  Elektor World
Elektor's Nearly Lost World
• Projects
8  E-Lock, the First Elektor Chip
The E-Lock chip allows you to connect your control system to the Internet and monitor and control it from anywhere without having to worry about the security of the connection, and in full assurance of protection against intruders.
16  Platino-based Experimenter's Power Supply
In this little 15-V 1-A and 3.3-V / 5-V 0.5-A PSU specially designed for the embedded developer, a Platino MCU board handles all control and regulation functions, from intelligent V/I display control to thermal shutdown.

24   Motion-Detector Camera Trigger using Arduino
A cheap battery-powered night light with an internal motion detector is all you need to turn an Arduino computer into a powerful triggering device for photo cameras like the Nikon D80. And some software, sure.
28  LED's Replace
That Fluorescent Tube
Some tribulations experienced by Thomas as he set out to replace a small fluorescent tube in the kitchen with a "drop in" replacement from the supermarket. 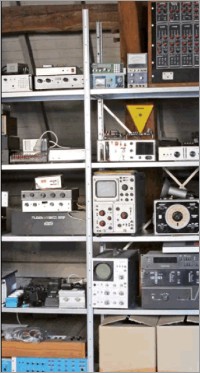 30   Microcontroller BootCamp (1)
Al the request of many readers we kick off a course on elementary microcontroller interfacing and programming. The platform initially is Arduino and Bascom for hardware and software respectively.
38   Current Transformer Calculations
To calculate current you normally use a shunt to turn it into a voltage and measure the latter instead. But if you wish to measure the current in isolation, then a current transformer is the thing to use. Here's how to do it.
42   Precision Adjustable DC Current Source This laboratory grade current source with digital readout was meticulously designed for accuracy, ease of use and an incredible range spanning 10 nA to 20 mA. A jewel of analog design it also doubles as a high-Z voltmeter.
54   ATmega on the Internet (2)
If you want to connect an ATmega micro to the net, don't bother to write code and design hardware: just use a Raspberry Pi and an existing LAN router and hey presto there's your network gateway.
58   Raspberry Pi Emulator
Try before you buy! With the aid of open-source processor-emulator Qemu you can emulate the Raspberry Pi on a Windows PC.
60   Elektorize Your Scope Probe One way to improve oscilloscope measurements on high-speed data signals is to ensure a proper ground connection right at the probe tip.
•   Labs
64    Big Brother Be Gone Dissatisfied with the mass of useless links normally returned by Google, Elektor Labs decided to install a different search engine: DuckDuckGo.

65    What's up with this cap?
Now hear this: a capacitor with two different value codes printed at either side of the device.
Unwrapping RepRap An assembly-from-the-box story on RS Components' latest 3D printer delivered to Labs.
DesignSpark
68   DesignSpark Tips & Tricks Day #9:
Custom Outlines Continued. Let's finish that odd shaped board design so it can be fitted into a Hammond 1551N case. 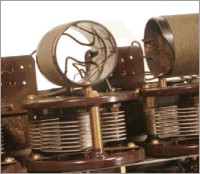 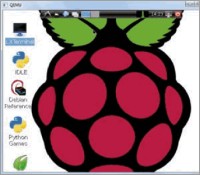 85    Gerard's Columns: Production A column or two from our columnist Gerard Fonte.
90   Next Month in Elektor
A sneak preview of articles on the Elektor publication schedule. 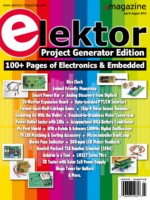 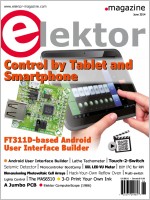 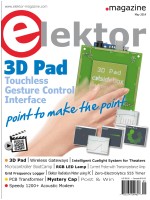 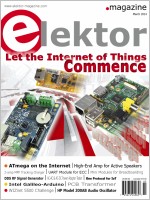 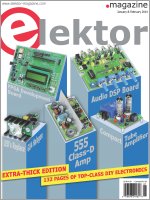 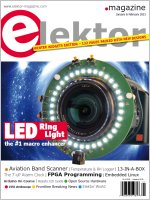 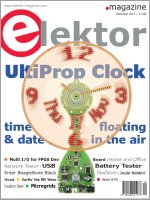